A rare blend of Byzantine, Venetian and Ottoman culture and architecture, weaved together with the spirit and character of Cretan people and traditions, Chania old town, a mere 11 km from Platanias, is a sight you must definitely see.

With its old buildings, museums, churches and crafts shops, its quaint restaurants and cafes, the signature lighthouse at the port and the municipal cross-shaped Market Hall, Chania paints a charming picture which will no doubt enchant you. 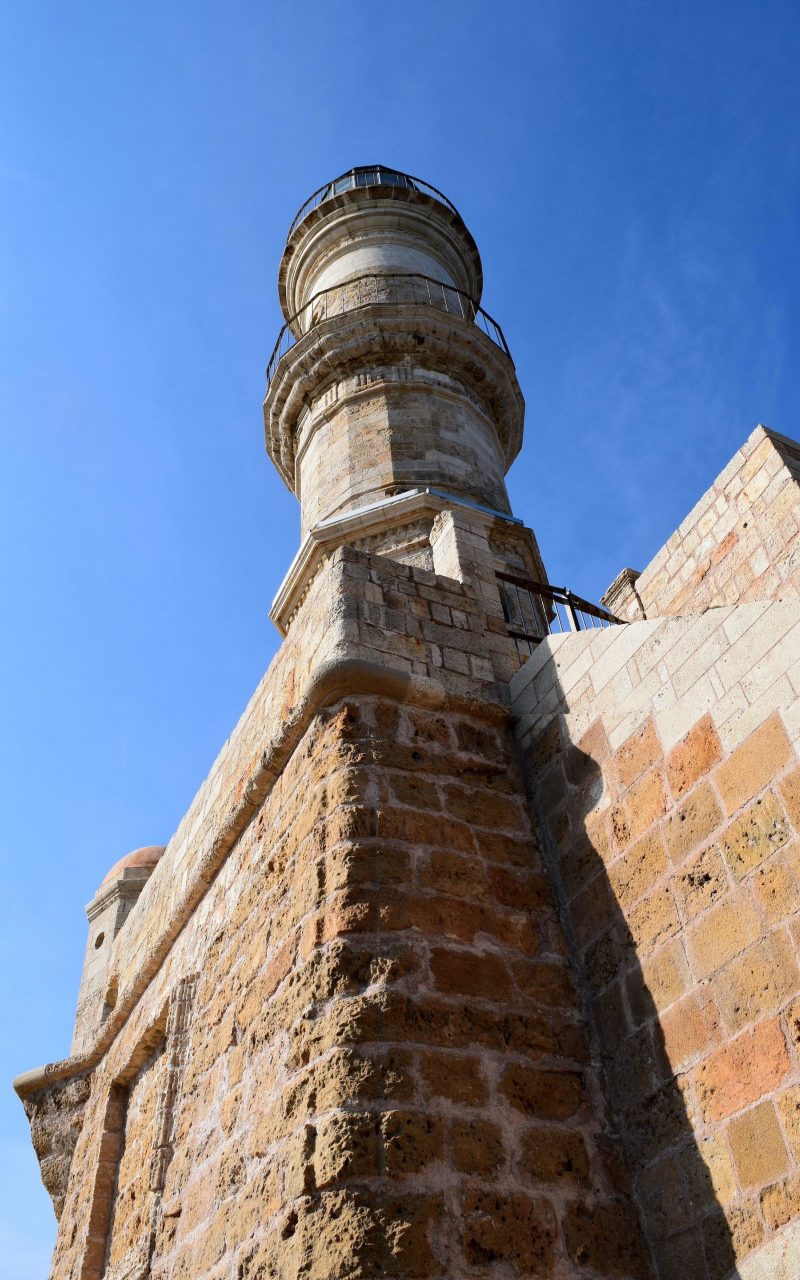 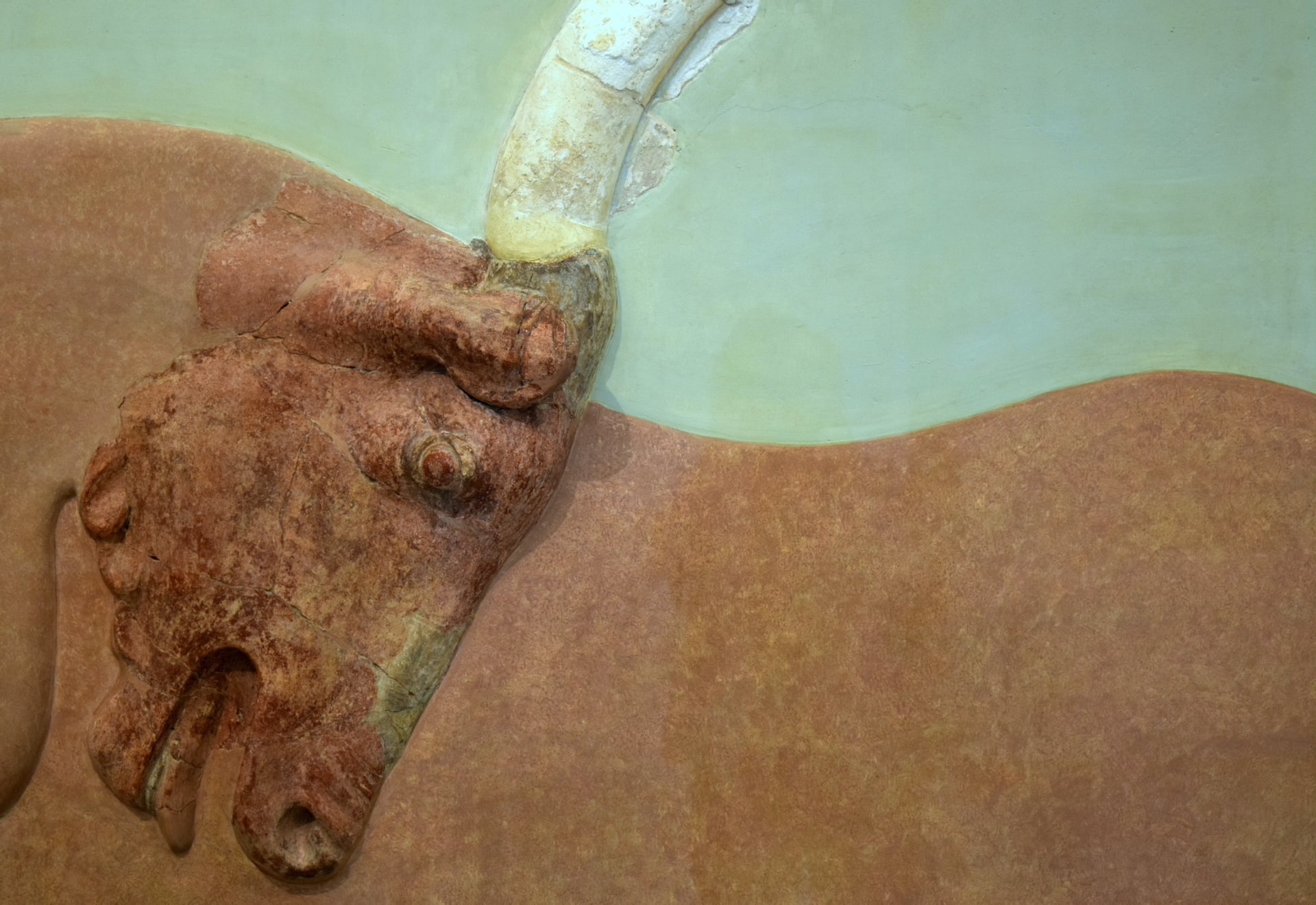 Crete’s history is long and varied. During the Bronze Age it became the cradle of the influential Minoan civilization, in fact the 1st civilization in the European content. In the Archaic period, it was a valued member of the Greek world. At Roman times it constituted a major cultural center within the Empire, while more recently it played an outstanding part in shaping Greece’s later history. Today the island’s many archeological sites, including the world famous Knossos and Phaistos, stand as living testaments of its glorious, often turbulent past, while its museums feature hundreds of exhibits outlining the diachronic influence of Crete’s rich cultural heritage.

One of the most interesting ones is the Archaeological Museum of Chania in the Catholic church of Saint Francis. Though not as grandiose as its “cousin” in Heraklion, it will fascinate you even if you’re not an archaeologist.

Another must visit is the wonderful Naval Museum in the Venetian “Firka” Fortress at the entrance of the Old Harbor. This establishment provides a concise and enticing introduction to the events that molded Crete’s compelling history. Equally, the War Museum of Askyfou– in effect a tribute to the Cretan men who fought for their freedom- is bound to touch a cord. An outstanding collection from the Byzantine era including frescoes, jewelry, and sculptures can be enjoyed at the Venetian church of Saint Salvatore, while in the heart of the old town, the Folklore Museum, hosts several interesting items from various private collections.

Escape to a world of serenity and wonder

Places to visit in Chania Region 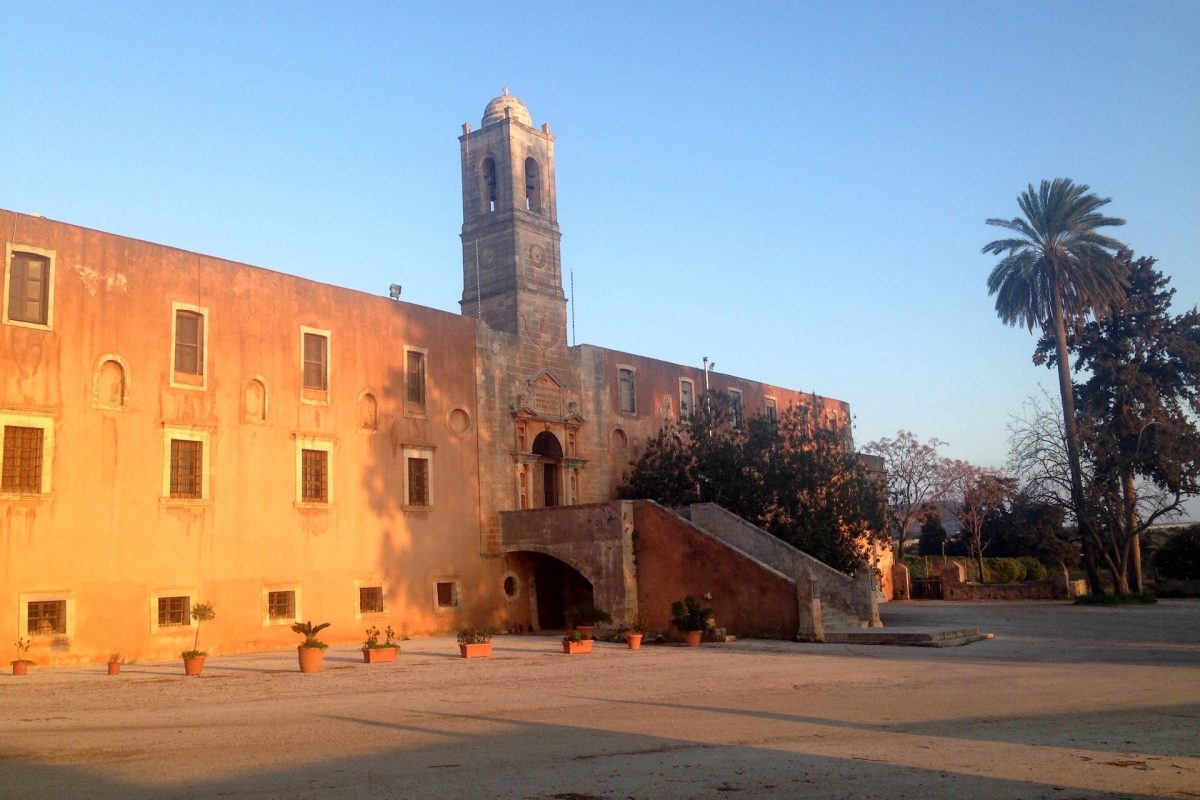 Seek and find peace and quiet

Peace, calm and tranquility are essential constituents of any holiday. And what better place to seek and find blissful serenity than on a Monastery? Panagia Chrissoskalitissa is a historical Monastery located on top of a cliff right above the famed beach of Elafonissi. This stately white monastery is dedicated to the Virgin Mary, while its name, Chrissoskalitissa, translates to golden steps. As the legend goes one of its 90 steps is golden, but only those with a pure heart can see it. The now inhabited, fully operational monastery also features a museum with interesting displays and memorials of the Cretan Revolution. So apart from peace and quiet seekers, it shall be also rewarding to aspiring folk and culture students.

Similarly the Monastery of Agia Triada (Holy Trinity) is one of the most impressive monasteries you will see in Crete. It is located 15 klm from Chania and quite close to the also famous and very old, Monastery of Gouverneto. In fact it is a good idea to plan a trip to them both.

Tip 2: about 20 minutes’ walk from Gouverneto monastery, you’ll discover  the famous Αrkoudospilios. Its name means “Bear Cave”, allegedly because there was a bear that was turned to stone and became a great rock inside the cave. And if you manage a bit further on you’ll reach the esteemed Katholiko Monastery and the church of St John the Hermit. 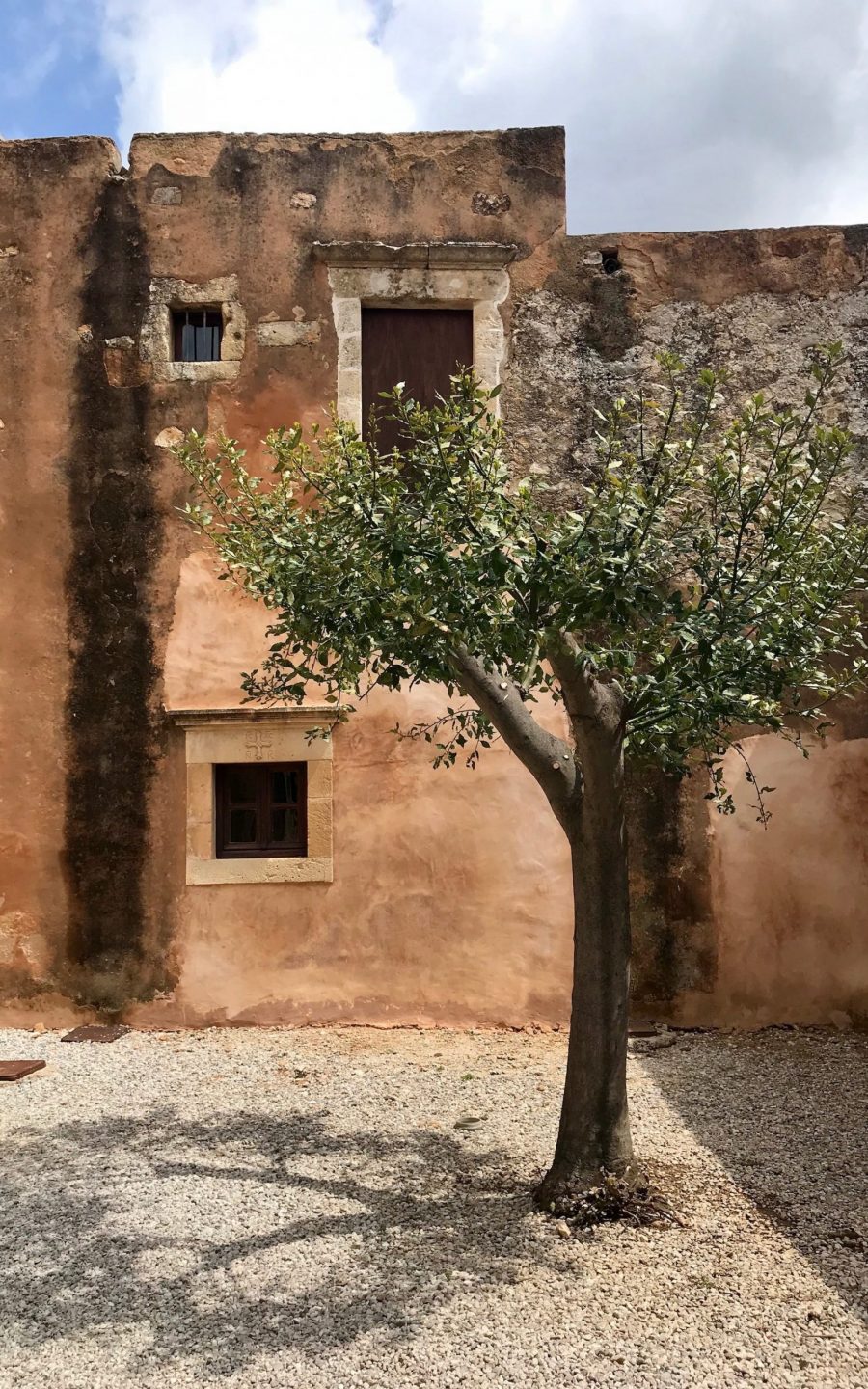 Immerse yourself in the culture of Crete

From June till September, Chania and Platanias, see their appeal increase markedly, thanks to the many cultural festivals, fiestas and events organized by the municipality and various local agents. Theatrical nights, visual arts exhibitions, concerts with traditional and contemporary celebrated artists, feasts with folk music and dance and traditional food and drink are on the daily agenda. The wine, honey and sardine festivals held during the summer months, are some examples, guaranteed to make your stay even more special. 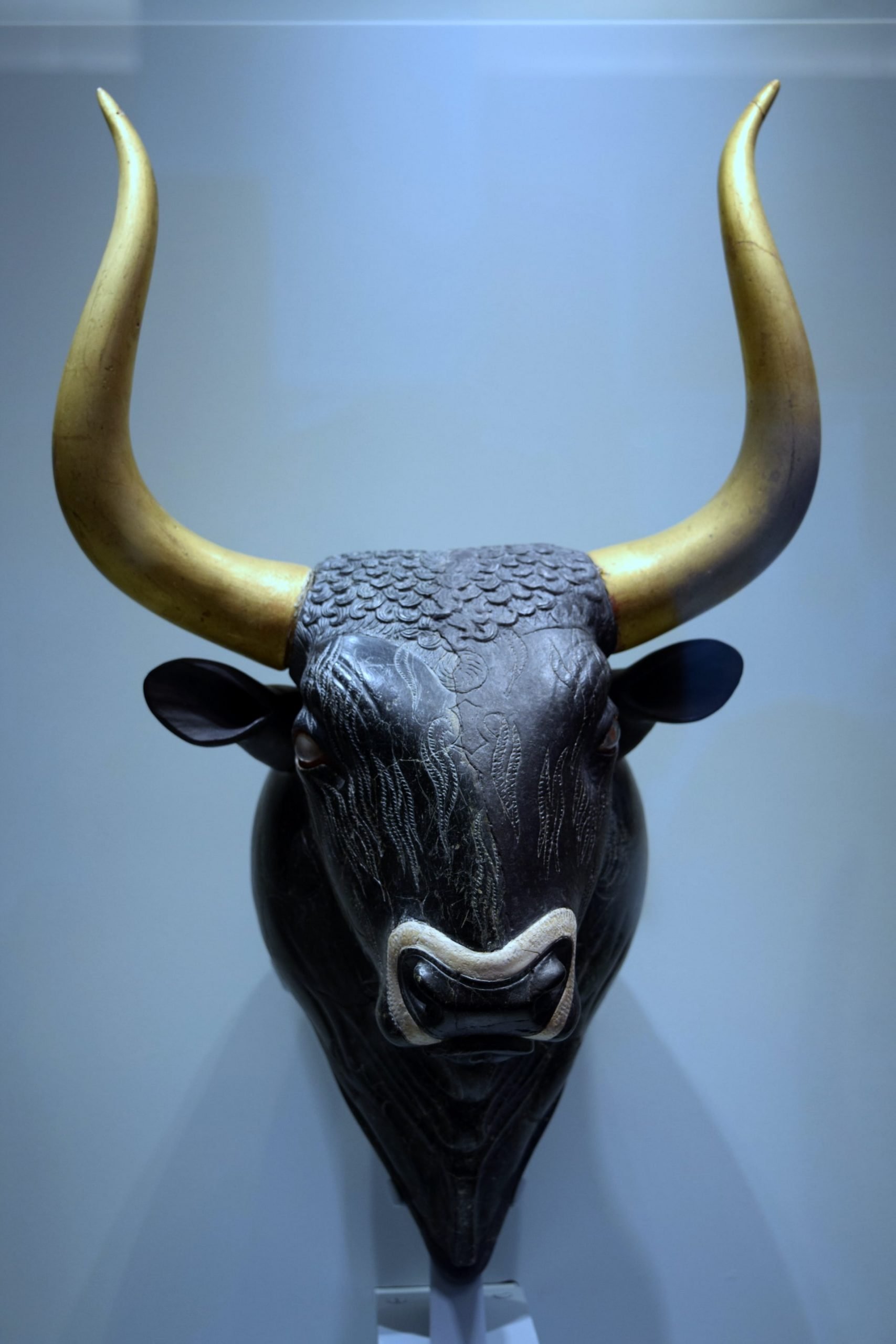 A few kilometers away from contemporary, cosmopolitan Platanias, you will be launched into another time and space. At Ancient Aptera, just south of Souda Bay, you’ll be transported to the Minoan period and one of Crete’s most important city- states. Fortifications, aqueducts, public baths, tombs and graves and the impressive, Roman reservoirs are the compelling witnesses of this age old civilization’s cultural, aesthetic and practical achievements.

Equally interesting is ancient Falassarna, named after the local nymph and heroine. Boasting a direct maritime link to Alexandria in Egypt, the city flourished particularly during the 4th and 3rd centuries BC. Its inhabitants however did not limit their activities to peaceful trading. They were in fact accomplished pirates and this eventually led to their destruction by the Romans. Today the harbor remnants, the cemetery and the rather imposing Falassarna Throne, are not the only reasons to visit this spot, as here is also one of the most beautiful beaches of the area.

And if you’re more into folk legends and traditions, do not miss- the somewhat remote and quite haunting- Frangokastelo: Once a castle built by the Venetians used as a garrison to impose order on the rebellious Sfakia region, Frangokastelo became a celebrated battle site during the Greek War of Independence. On 17 May 1828 hundreds of Sfakiots and Epirotes led by Hatzimichalis Dalianis, a Greek patriot from Epirus, occupied the castle, but were besieged by the Turks and massacred. However, many of the Turks were at the time also slaughtered by rebel ambushes. As the legend goes, on the battle’s anniversary every May, ghosts of these soldiers appear marching towards the fortress at dawn. They are called Drosoulites (dew-men) and have even been accounted for as a meteorological phenomenon.